Scent Bioshock Infinite The Raw End of the Deal

Do you want to celebrate Thanksgiving day in a special way? This amazing flash game will help you spend your free time in the best way possible. Enter your name and begin the fun. The main goal of this mini-game is to collect 50 feathers while handsome stud with throbbing manhood is sitting naked in front of you. The process of collecting feathers makes nude guy so aroused that in the end he wants to reward you with a very special bonus.

Your favorite bad guy from GTA games Niko Bellic is back for some dirty entertainment. You can jerk off his dick in this awesome gay flash game. Realize your dirty dreams right now playing GTA X Nicos Solo.

Read exciting story about two boys traveling around the world. They get in a cave in the snow-covered mountain. This Yaoi Manga demonstrates how fellows jerk off, suck dicks, get analyzed, and ejaculate. 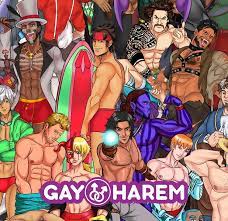 Yaoi Crimsonblood Falcon Olive - Amazing X-ray game dedicated to all people who wanted to see what masked superheroes hide under their latex outfits. Use special scanning machine to watch the true look of mysterious warrior. With help of another scan, you can also enjoy his hairy armpits, muscular legs and big erect cock. Have a lot of fun watching stud without all his clothes.

Mini gay sex game - do you adore watching provocative man take enormous dicks? Have you been sitting tight for a gay small scale amusement that will satisfy the majority of your sexual wants? This grown-up glimmer movement is the diversion that you have been hanging tight for. Watch Azul Experiment to see where Azul's analysis will take him.

Earthling Miguel Santos has been sentenced to life at Alpha Hole, a notorious space prison. This is a bad-ass space prison where no one ever wants to go. His very survival will depend on his ability to convince powerful people to protect him. This prison is no joke, and it's one of those places where no one ever comes out the same person as they came him. We're talking space here, and that means the worst people and creatures of the universe are here, and they're not the type you want to mess...

Your grandpa died, and he left you his farm. It's in a notorious gayborhood. You know what that means. It means there are hot dudes as far as the eye can see. You'll have to get to know your neighbors really well to survive in this game. You don't have much money, and you need all the help you can get. Luckily, the help you receive in this game comes from hot guys who love cock as much as you do. Gayme by Ypress Games.

Future Trunks Gets His Heart’s Desire

Takasaki-sensei agreed to help you with your photoshoot. Now it’s your chance to take advantage of this situation and let him wear anything you want, and perhaps doing something more! You can switch to English language from the top right buttons.

Funny gay parody game in which you can enjoy what is hidden under the outfit of a handsome superhero called Bluecomet. Click on the special button in the left corner and take a closer look at his muscular abs and thick penis. Admire his perfect body while the athletic superhero is not on the duty.

You got home early from work. To your surprise, there's a big bad burglar inside your house! It is up to you to capture the burglar before the cops arrive. This is a DEMO version of Burglar Buster. There may be changes to game images in the final product. A gayme by butohman.

How to play:Move your cursor around the screen. Certain areas will encrese the lovemeter, but if you stop touching, the bar will decrease.Some spots require to be clicked, in those cases your cursor will become a pointing finger. Good luck! [icon name="exclamation-circle" prefix="fas"]